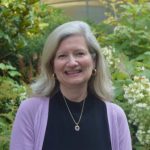 Jane joined the Foundation as Interim Executive Director in August 2017 and became our permanent director in June 2019. She is responsible for oversight of the Foundation’s activities, including its organizational strategy, external relations, and fundraising, as well as working with our staff, volunteers, and Board of Directors. With degrees from Harvard Business School and University of Alabama, Jane began her career in the technology sector but subsequently followed her passions in the non-profit world with roles at Epiphany School and Woodland Park Zoo. A committed community volunteer, Jane also enjoys adventure travel, tennis, and college football. Jane sees the Arboretum as an amazing resource for the community, creating opportunities for children and adults to understand and appreciate the natural world. Email: jstonecipher@arboretumfoundation.org. 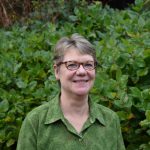 Lee joined the Foundation team in December 2017. She is responsible for strategic planning and the implementation of several key areas of the Foundation’s philanthropic work. Lee has worked for a variety of non-profits whose primary missions centered on the environment, education, and civic engagement. Before joining us, she was the Foundation Director for Sustainable Path Foundation. Lee began her career at the Missouri State Energy Office and moved to Seattle in 1980. Lee has a M.A. in Public Administration from the University of Missouri, Columbia. She enjoys gardening, exploring beaches, rooting for the Mariners, and trying out new recipes on family and friends. Email: lbenner@arboretumfoundation.org. 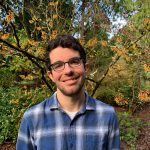 Matthew joined the Arboretum Foundation in January 2020. He assists with events and takes on a variety of tasks to ensure the office and gift shop run smoothly. Matthew has worked in communications, development, and operations at several environmental nonprofits, supporting projects that engaged issues such as marine habitat loss and animal-vehicle collisions in eastern Washington. He earned an M.A. in environmental policy at the Middlebury Institute of International Studies, as well as B.A.s in journalism and environmental studies at the University of Montana. Matthew is thrilled to join the Foundation and help protect the Arboretum’s incredible collections for future generations. Outside of work, Matthew loves exploring Seattle, watching movies, and tasting local ciders. Email: mcoomer@arboretumfoundation.org. Niall has been at the Arboretum since June 2007. He manages publications and public relations for the Foundation and edits the Washington Park Arboretum Bulletin. He has an MA in English from University College Dublin and an MS is Ecology & Evolution from Rutgers University. His books include Easy Compost (2013), A Native Plants Reader (2012), and Healthy Soils for Sustainable Gardens (2009), all published by Brooklyn Botanic Garden (BBG). A former publications editor at BBG, Niall is passionate about plants, conservation, open spaces, and public gardens—including the beautiful Washington Park Arboretum. Email: ndunne@arboretumfoundation.org. Tess joined the Foundation in April 2016. She manages our annual series of events, including major fundraisers such as the Opening Night Party & Auction. A Seattle native (and bona fide Patches Pal), she has a B.A. from Swarthmore College and lived abroad before returning to the Pacific Northwest. She is also a graduate of the UW Fundraising Management Certification Program. Before joining us, she spent 30 years working with adults with developmental disabilities in King County. At the same time, she honed her skills in event planning and fundraising, and she brings that experience to the Foundation. In her spare time, Tess is in a band and spends time with her husband hiking and fishing. Says Tess: “Working at the Arboretum is like coming home to me!” Email: tforte@arboretumfoundation.org. Jessa Gardner joined the Foundation in January 2016 as our events coordinator, supporting our annual cycle of events and the events at the Seattle Japanese Garden. In February 2016, she was promoted to her current position, in which she manages events and marketing for the Japanese Garden. Jessa has a B.A. in political science and a minor in Japanese from Kalamazoo College in Kalamazoo, Michigan. She spent a year living abroad in Miyazaki, Japan, as an exchange student and continues to study Japanese language and culture in her free time. A native Texan, she moved to the Pacific Northwest to enjoy the cool weather and beautiful landscape. Email: jgardner@arboretumfoundation.org. 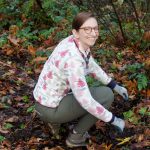 Alyssa joined the Foundation staff in January 2016. She coordinates, trains, and manages the wonderful volunteers that devote their time and energy to the Arboretum. Before coming here, Alyssa spent three years with EarthCorps, where she was trained in volunteer and event management. That position also opened her eyes to the wonders of the plant world and the need to cherish it. She has a B.A. in environmental studies from Pacific Lutheran University. Alyssa is excited to cultivate the Arboretum’s existing volunteer base and to welcome other Seattleites into the fold to help care for this magnificent green space. Outside of work, you will find Alyssa smiling exuberantly as she explores the outdoors, dines with friends, and does advocacy work. Email: ahenry@arboretumfoundation.org. 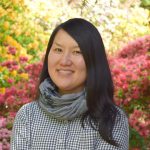 Chie joined the Foundation in May 2017. She coordinates and promotes cultural and educational events—and supports the Cultural Programs Manager—at the Seattle Japanese Garden. Chie has a B.A. in art from Western Washington University and a degree in restoration horticulture from Edmonds Community College. She is also a certified Master Native Plant Steward and enjoys spending time with other plant enthusiasts. Chie moved to the U.S. from Japan as an exchange student and fell in love with the beautiful Pacific Northwest. She looks forward to connecting with people in the community through plants, art, and culture. Email: ciida@arboretumfoundation.org. 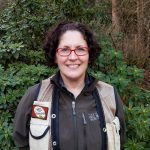 Kristen joined the Foundation staff in March 2019. She helps out with our special events and volunteer programs, including the Garden Stewards. She’s also a part-time gardener with UW Botanic Gardens in the Arboretum. After many years in the wonderful world of retail—selling soccer products—Kristen transitioned into the world of horticulture. She started out volunteering at the Arboretum, the Center for Urban Horticulture, and the Seattle Aquarium. She enjoys explaining to people that she helps out with horticulture at the aquarium. “They have plants there?” most folks inquire. Gardening, hiking, arts, and playing soccer are a few interests Kristen pursues with friends and family. Email: kjohnson@arboretumfoundation.org. 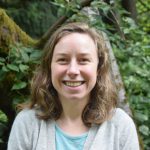 Caroline joined the Arboretum Foundation in September 2018. She supports our membership program, cultivates and stewards relationships with donors and foundations, and manages the office database. Prior to joining us, Caroline spent time on both U.S. coasts, managing development and fundraising, grants, and communications for a variety of environmental nonprofit organizations. She earned her BA in Geography from the University of Vermont and has taken nonprofit management courses at the University of Washington, as well as several strategic fundraising programs. Outside of work, Caroline spends as much time as possible in the mountains or on the water, traveling, and volunteering with other outdoor-focused organizations. Email: cmaxwell@arboretumfoundation.org. 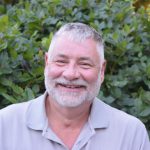 Ron joined the Foundation staff in September 2017. Partnering with the UW Botanic Gardens horticulture staff, he coordinates work sessions for the volunteer Garden Stewards in the Arboretum. Ron has a background in computer science and spent 26 years working in IT at Group Health. In 2015, he decided to switch careers and pursued a certificate in Landscape Management at Edmonds Community College. He found his passion again in the spring of 2017, when he started interning—and then volunteering—with the UW hort staff at the Arboretum. Ron continues to volunteer here while also heading the Stewards program. Along with gardening, Ron enjoys “adventure” bicycling and writing inspirational poetry. Email: rschmaltz@arboretumfoundation.org. 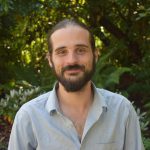 Matt joined the Foundation in August 2019. A flexible jack-of-all-trades, he assists with new shop merchandise, accounting, event preparation, and more. Previous jobs include laboring in law firms, managing marine biology summer camps, and teaching high school. He graduated from Florida State University with a BA in Asian Studies and Chinese Language & Culture—and then quickly departed to travel the world. Favorite destinations include the Parvati Valley of Northern India, Indonesia’s Sulawesi isle, and Catalina Island, California. When not at work, Matt can be found relaxing in one of Seattle’s many green spaces, playing with his Welsh corgi, Pippin, planning road trips in the Pacific Northwest, or obsessively checking his fantasy football team. Email: MSchroppLance@arboretumfoundation.org. 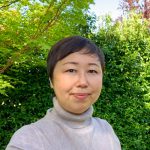 Yukari joined the Arboretum Foundation in February 2020. Under the “Stay Home, Stay Healthy” order from the state government, Yukari has been engaging in social media outreach for the Seattle Japanese Garden. She posts on Instagram, Facebook, and Twitter daily. Prior to joining the Foundation, Yukari lived in the San Francisco Bay area for more than 20 years and worked as a user-interface designer to help startup companies with their website and web-application design. She has a B.Sc. in graphic design from San Jose State University. She moved to Seattle in 2018 to be closer to family and fell in love with the nature and people of our area. She is thrilled to be part of the Foundation and looks forward to connecting our community with the Japanese Garden. Email: yyamano@arboretumfoundation.org