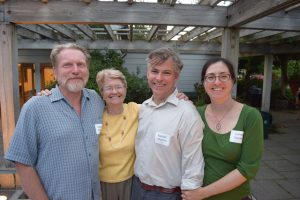 Members, staff, and partners of the Arboretum Foundation attended our Annual Meeting at the Graham Visitors Center on June 27. Outgoing Board President Jim Reid led the proceedings. He gave a moving speech about the importance of building community—and about how the Foundation, University of Washington, and City of Seattle have created a remarkable partnership at the Arboretum.

University of Washington Botanic Gardens Director Sarah Reichard highlighted some of her organization’s key activities over the past year, including another successful bioblitz in the Arboretum. Director of Planning and Development for the Seattle Parks and Recreation Michael Shiosaki updated attendees on the construction of the Arboretum Loop Trail.

Foundation Director Paige Miller and other staff gave a Powerpoint presentation on our accomplishments in 2015-16. 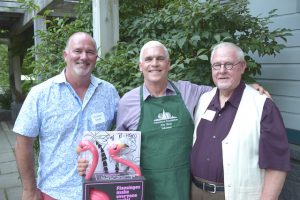