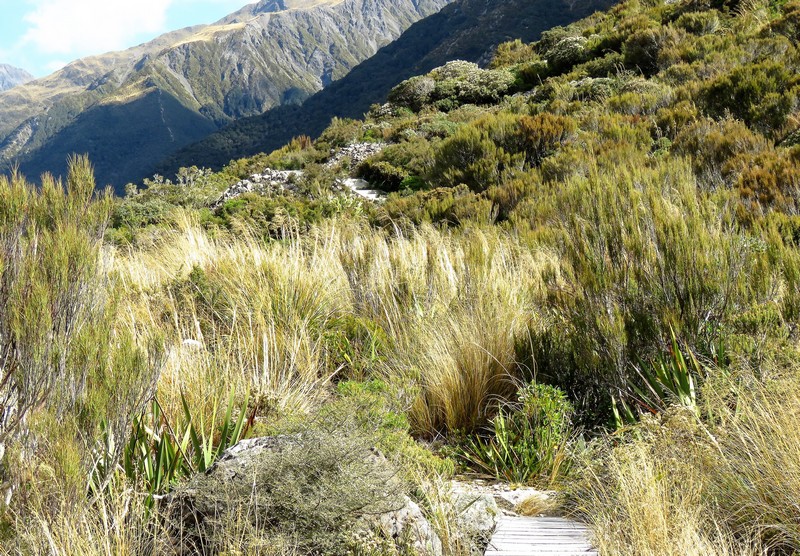 The flora and landscape of Arthur’s Pass were the model for the Arboretum’s first eco-geographic garden, the New Zealand High Country Exhibit, created in 2003. Ten years later, this small but dramatic garden inspired the creation of the larger, two-acre New Zealand Forest and was integrated into that planting.

Janine and Terry were excited to visit the Pass and see how well our Arboretum’s display captures the look and feel of the “real deal.” She details her trip in the latest issue of the Arboretum Bulletin.