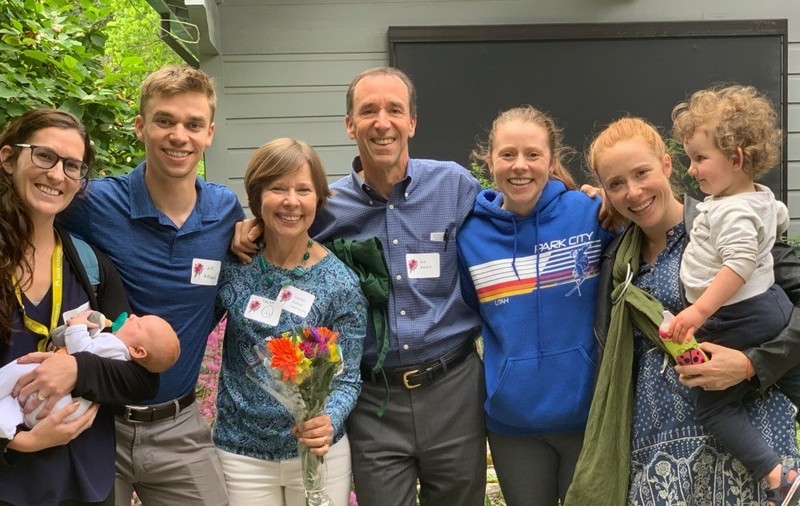 Volunteer Legacy Award winner Carolyn Kitchell (with bouquet) and family at the meeting.

We had a tremendous turnout for our Annual Meeting at the Graham Visitors Center on June 19. Foundation Board President Jason Morse kicked off the proceedings by sharing the good news that our Interim Director, Jane Stonecipher, had just accepted the Board’s offer to fulfill the role of permanent Executive Director.

Guests then enjoyed a slideshow about the Foundation’s fiscal year accomplishments, as well as remarks from our colleagues at the University of Washington and City of Seattle. Director of the UW College of Environmental and Forest Sciences Dan Brown gave an update on Mithun’s pre-design study for the proposed new environmental education center at the Arboretum, while UW Botanic Gardens’ horticulture manager David Zuckerman spoke about new plantings in the park in 2018–19. 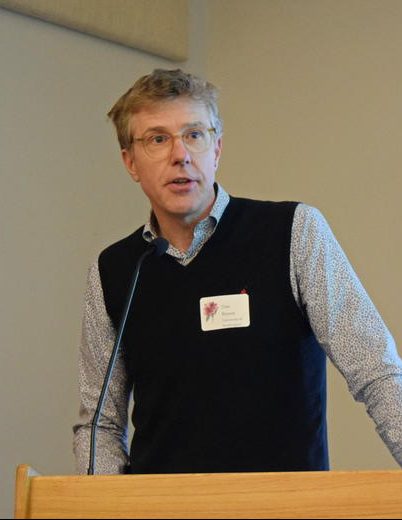 Dan Brown of the UW. 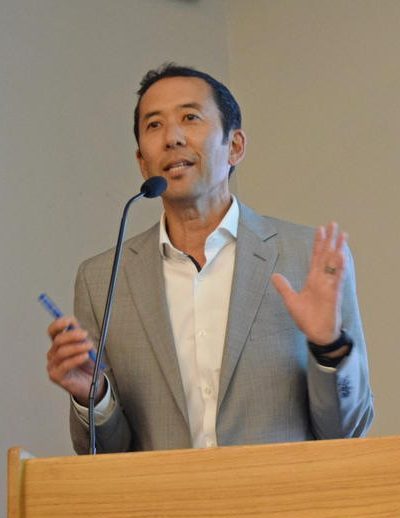 Michael Shiosaki, Director of Planning and Development for Seattle Parks and Recreation, gave an update on his department’s 2019 Strategic Plan, as well as on the restoration of the popular Arboretum Waterfront Trail, expected to begin in early 2020. Echoing comments made by David, Michael praised the collaborative work of the Foundation, University, and City in building community around the preservation and enhancement of the Arboretum.

Our newly minted director Jane Stonecipher gave an update on three capital projects in the Arboretum being funded by the Foundation: the restoration of the Japanese Garden Pond, the beautification of the Lake Washington Boulevard corridor, and the renewal of Rhododendron Glen. She and Foundation Development Director Lee Benner then made a special presentation to Mary Ellen and Gordon Mulder, whose legacy gift made the glen restoration possible. They also officially announced the renaming of the Arboretum Gift Shop—where Mary Ellen volunteered for 30 years—in her honor. 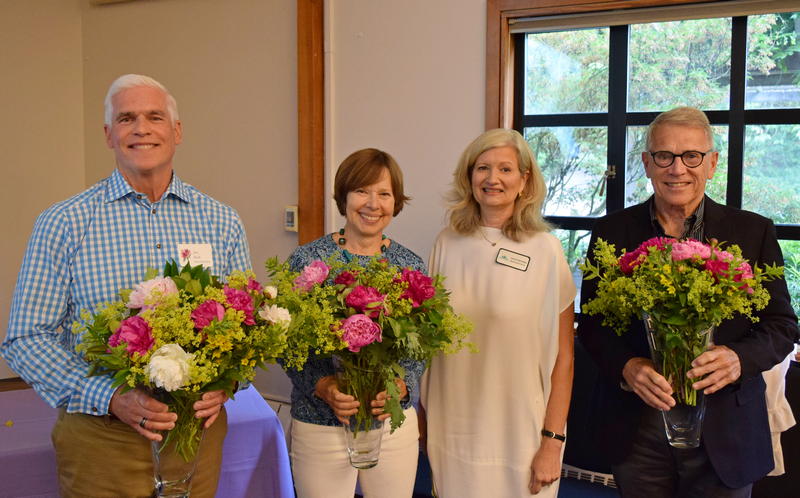 Carolyn was then called back up to receive our annual Volunteer Legacy Award for her varied and long-standing service to the Arboretum. This included six years on the Board, participation on our Major Gifts Committee, and co-chairing this year’s wildly successful Opening Night Party. 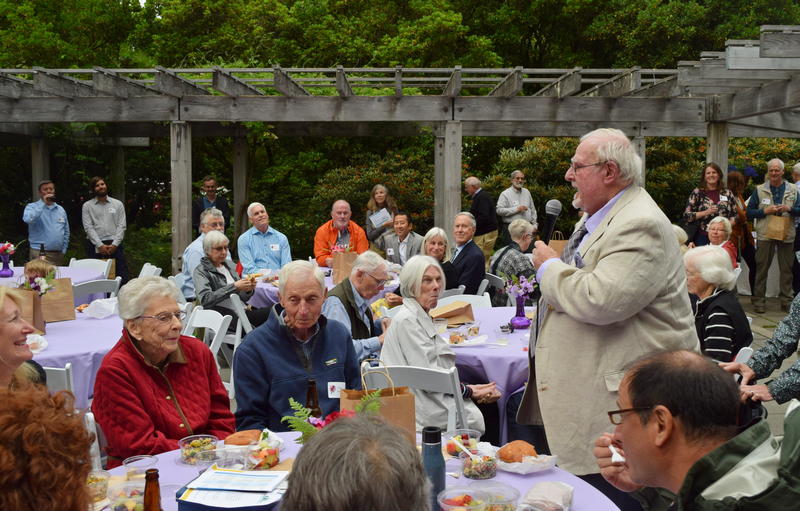 The meeting then concluded with some wine and light fare on the Visitors Center Terrace. Guitarist (and front desk coordinator at the Visitors Center) Bryan Pilkington entertained the crowd with finger-picked folk tunes, while Director Emeritus of the Arboretum John Wott led a charming toast to the Mulders. Rainfall threatened to cut the after-party short, but the celebration continued indoors.